The Endocannabinoid System - How It Works 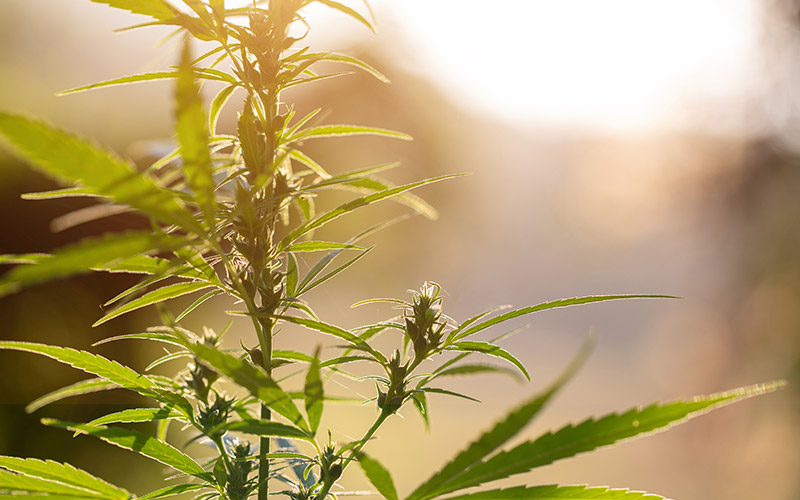 Cannabis is one of the longest-used cultivated plants. For thousands of years, it has been coveted for its wide range of health-promoting ingredients. Its many uses in daily life make hemp one of the most important raw materials for humans. Nowadays, we know through remarkable scientific findings that certain cannabinoids can communicate in a direct way with the body's control center. The so-called endocannabiniod system is an integral part of the human nervous system and plays a significant role in health and sensation. But how does the endocannabinoid system work?

The endocannabiniod system is a body-internal structure that every human being carries from birth. As part of the nervous system, it regulates certain functions in the body and thus influences emotions, regeneration and pain sensation. For this, it needs the impulse of cannabinoids which dock as neurotransmitters to the receptors of the endocannabiniod system. Basically, a distinction is made between endogenous cannabinoids and phytocannabinoids (plant-based). Endocannabinoids are produced by the body itself when needed. They address the centers for mood, appetite, sleep and pain in the organism. Endogenous cannabinoids, however, have a short residence time because they are not stored in the body's cells. If the body no longer has an urgent use for the endocannabinoids, it simply breaks them down again through enzymes. Phytocannabinoids, such as CBD, are found predominantly in all parts of the cannabis plant.

As early as 30 years ago, the human endocannabiniod system was discovered by an American research team from the National Institute of Mental Health. This groundbreaking discovery initiated numerous studies and research on cannabinoids, which have already resulted in numerous medical applications today.

The receptors of the endocannabiniod system are divided into two classes. CB1 receptors are predominantly found on nerve cells and control sensation. CB2 receptors, on the other hand, are usually found on immune cells.

How does the endocannabinoid system work ?