7 facts about CBD you should know 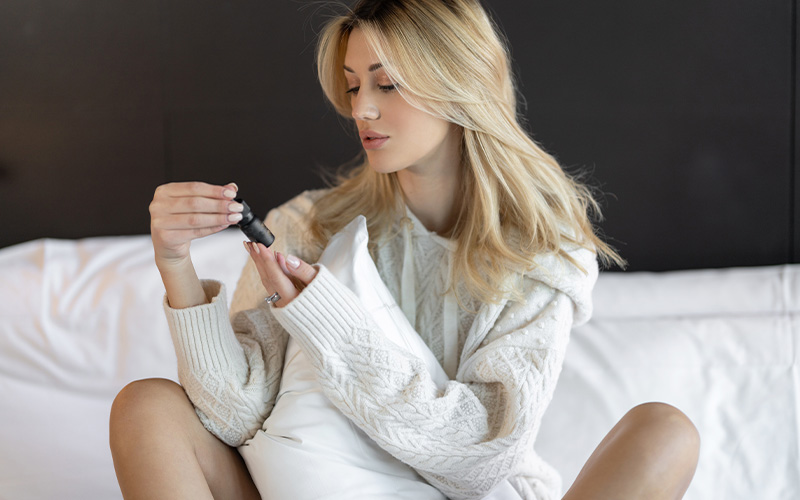 Did you already know? In addition to the positive effects of CBD, there are many other exciting facts about cannabidiol, which we do not want to withhold from you. Open your ears! Because you certainly haven't heard about these 7 facts yet:

CBD is extracted from the cannabis plant. However, this does not mean that cannabidiol is present in all strains! Since the 1980s, the focus of cannabis breeders was rather to produce mainly THC-rich varieties. Only since CBD has become more and more popular, more and more CBD-containing plants are now offered on the market.

2. CBD is not legal everywhere

In Germany, the purchase and use of CBD-containing products is legal according to Directive 2002/46/EC and §2 of the German Medicines Act. However, although cannabidiol has no intoxicating effect, in some countries it is still equated with THC-containing products with psychoactive effects. CBD, for example, is only legal in the United States if it comes from the hemp plant. Only 17 states allow the consumption of CBD from the cannabis plant.

3. CBD is also suitable for animals

Not only you can benefit from the positive properties of CBD - in fact, there are a variety of products that are also suitable for animals. Whether as oil or powder - CBD can also be purchased for our beloved four-legged friends.

4. CBD is not only contained in the hemp plant

Even though CBD is mostly extracted from the hemp plant - the valuable substance is not only contained in it! Researchers from Poland found out that the flax plant also contains CBD. And that's not all! In 2017, researchers found that cannabidiol is also present in breast milk. This stimulates hunger in young babies and the substance continues to support important neurological growth stages in development. And for all beer lovers, we have the following fun fact: CBD can also be extracted from hops. Since hops and cannabis are virtually siblings, you can even extract significantly more CBD and thus also terpenes from hops.

CBD is one of the 113 cannabinoids known to date. It was discovered in 1940 by a group of chemists from the University of Illinois (USA). However, since very little was known about the substance at the time, it was initially classified as "toxic". It was not until 23 years later that CBD received renewed attention, when chemist Raphael Mechoulam determined its chemical composition.

6. CBD is good for the environment

Good to know: Arable land can benefit from growing commercial hemp! Hemp can help regenerate damaged soil. That's because the plant has the ability to pull toxins and radioactive chemicals out of the soil. It also absorbs four times as much CO2 as trees! Since the plant can be grown almost anywhere, it could thus help clean up the environment in a sustainable way and help fight the ever-growing climate problem.

7. CBD oil is not the same as hemp oil

Hemp oil and CBD oil are both extracted from the hemp plant - nevertheless they are not one and the same product. Because hemp oil should not contain CBD or other cannabinoids as a rule. It is extracted from the seeds of the hemp plant. CBD oil is usually a mixture of extracts from the cannabis plant and a base oil. Here, mostly coconut oil, olive oil, or MCT oil is used. CBD oil contains, as the name suggests, CBD.