Cookie preferences
This website uses cookies, which are necessary for the technical operation of the website and are always set. Other cookies, which increase the comfort when using this website, are used for direct advertising or to facilitate interaction with other websites and social networks, are only set with your consent.
Configuration
Technically required
These cookies are necessary for the basic functions of the shop.
"Allow all cookies" cookie
"Decline all cookies" cookie
CSRF token
Cookie preferences
Currency change
Customer recognition
Customer-specific caching
Individual prices
Selected shop
Session
Comfort functions
These cookies are used to make the shopping experience even more appealing, for example for the recognition of the visitor.
Note
Statistics & Tracking
Affiliate program
Google Analytics
Track device being used
Categories
Information
Close filters
Filter by:
Kategorien
Newsletter 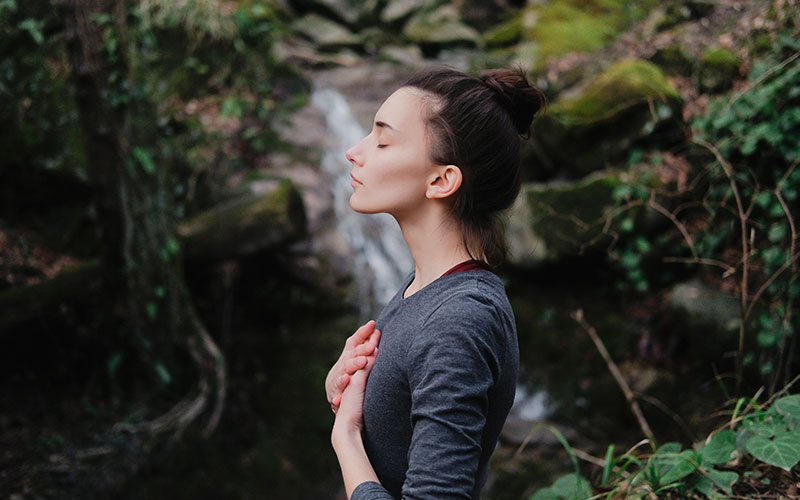 The time has come again: On February 26th the forty-day fasting period began. As penance and for contemplation, it is a tradition in Christianity to abstain from food from Ash Wednesday to Easter. Even if this renunciation is voluntary, more and more Germans are planning to renounce a certain luxury food or consumer goods during this period. According to a survey by the DAK, 63 percent of Germans wanted to do so last year, compared to only 53 percent in 2002. Whether it's giving up the smartphone, driving a car or eating sweets - good intentions are quickly made. However, if we get into a stressful situation, our stamina quickly falters. Wouldn't it be nice if there was a harmless remedy that would counteract the stress and strengthen our stamina?

Of course, there are already some active ingredients that are said to have such an effect. CBD is one of the most popular. Extensive scientific observations suggest the use of cannabidiol against stress. This is mainly because CBD interacts with the endocannabinoid system (ECS), a part of our nervous system. Through the production of serotonin, the ECS influences sleep, the feeling of satiety, mood, pain perception and immune processes, among other things. CBD helps the system to keep these processes in balance. CBD also has an influence on the body's own messenger substance adrenaline, which is released in greater quantities during stress - a measure necessary for survival in order to be able to react appropriately in dangerous situations. However, a permanently increased adrenaline level is harmful. Since CBD inhibits the release of adrenaline, it can have a calming effect and increase our tolerance levels to stress. CBD also affects the release of cortisol. The stress hormone, to which anti-inflammatory properties are actually attributed, suddenly promotes inflammation itself when overproduction occurs. By inhibiting the release of cortisol, CBD has a regulating effect.

Due to these properties, CBD can contribute to a permanent reduction in stress levels. Situations that we would have easily gotten into in the past can no longer throw us off track so easily. Looking back, most things are not worth getting upset about. Less stress also means that we can now turn our energy to the really important things. In Lent, this means using it all to get through the 40 days without cheating. In this sense we wish you a contemplative fasting period!

Tags: CBD, Fasting
Write a comment
Related products
Bourbon Vanille
Content 10 Milliliter (299.00€ * / 100 Milliliter)
From 29.90€ *
Mr Hanf
Content 10 Milliliter (299.00€ * / 100 Milliliter)
From 29.90€ *
Trusted Shops Reviews Toolkit: 1.1.3
This website uses cookies, which are necessary for the technical operation of the website and are always set. Other cookies, which increase the usability of this website, serve for direct advertising or simplify interaction with other websites and social networks, will only be used with your consent.
Decline Accept all Configure